Keeping containerized deciduous and evergreen plants small is the purpose of bonsai (Bone-Sigh). Root pruning is the way to keep them small and now is the time to root prune. In late fall when the daytime temperature is still above 55 degrees roots are still exploding in growth but the top of the plant is on vacation…it’s quiet and stress free….it is considered dormant. And that is the optimal time to root prune. Root pruning involves taking the plant out of the pot, “shaving” off some of the actively growing roots and repotting, often in the same pot. Since roots are still growing, this gives them time to settle in, get used to the new soil and ready to store and feed the top part of the plant in spring. Recommended Bonsai Books

The past few years have seen an explosion of colorful Heuchera (hyoo-karuh). Not too long ago, they were known as common Coral Bells and came in green with tiny red panicled flower spikes…period. However, now the leaf color and texture run the gamut from chartreuse, golden, maroon, black and orange to striped, ruffled and crawling Today’s new breed of Heuchera are grown for their leaf color and texture with not too much attention paid to the flowers. As a matter of fact, many gardeners cut off the wispy flower spikes because they detract from the beautiful foliage.

Now, the hybridizers have decided to focus more on the flowers. Beautiful foliage and now outstanding flowers make the Heucheras even more appealing. Heuchera ‘Milan’ is one of the varieties that focuses on flowers. H. ‘Milan’ is dark burgundy with substantial bubble gum pink double flowers strong enough to stand up to the foliage and pretty enough to use as a cut flower. Be on the lookout for these newbies. Best Book

Pretty amazing that a small pear leaf can be turned into an orchard of pear trees but that’s what makes tissue culture so appealing. A perfect copy can be created with just a cell. If it is somehow changed in the lab and then “cloned”, you have Genetically Altered ornamental plants. Both Heuchera (for leaf color) and Hostas (for slug resistance) fall into the GA category, thus answering the question, “How can we have so many new varieties in such a short time?” Many of the new cultivars begin in the lab. Is this cheating Mother Nature? Best Seller Tissue Culture Books

SHORT FOR A REASON 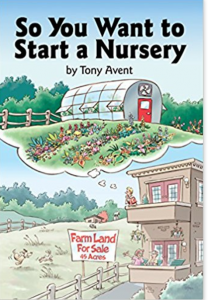 If you’re curious or serious…good book.

Ever wonder why new plant varieties seem to be shorter? Popular taller perennials, in particular, have been given the “shrink to fit” treatment. The Queen of the Perennials, Delphinium, have gone from a statuesque 6 feet tall to a shadowy 2 feet tall. Contrary to popular belief it isn’t all because yards are smaller or we all live in condos. It’s because shorter plants fit easily on the plant trolleys you see being unloaded at nurseries.