The Japanese Nejiri Gama Hoe cuts through the top bit of soil to scrape off shallow rooted weeds and mosses. The whole idea behind the scraper is to only go deeply enough to scrape away roots from weeds like chickweed, shotweed and shallow grasses. 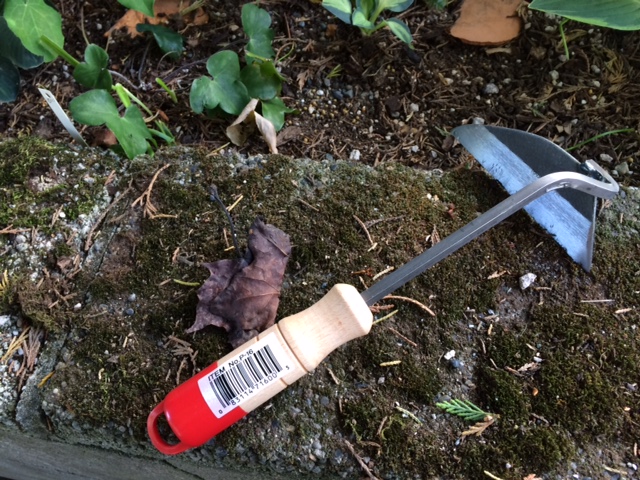 NEJIRI GAMA HOE FROM JAPAN has been a bestseller for 30 years. and it’s only $14.

According to Google the literal translation of  Nejiri Gama means “torsion spring”. I guess it is a little “springy”. You grab it and scrape it over the soil. The beauty of the shallow weeding is…you don’t pull up, stir up and mix up weed seeds down below. Cultivating to get rid of weeds pulls up the roots but it also pulls up the weed seeds and gives them a good start. 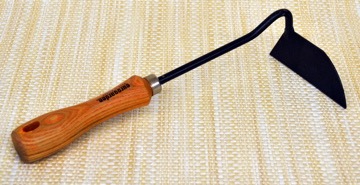 Nejiri Gama Hoes come in right and left handed versions and are now popular enough to be manufactured by many companies including Dutch and Japanese manufacturers. Stick with those. Others are sad knockoffs. They come in short handles and some that are

about 18″ long for a longer reach. You can also get a long handled stand-up version but I have found that the angle is all wrong when the handle is long and you’re standing up.

They start at about $14 and go up from there.